Tracking peaks across different chromatograms in the method development process can be challenging. This is because sample components could shift, switch retention times, or even coeleute under different separation conditions. Many method development protocols rely on ultra violet (UV) spectral data only to track peaks. Despite the potential benefits of such protocols they can still have some limitations. For example, chemically related compounds, such as impurities, and degradation products often have similar UV spectra which could make peak tracking inaccurate and difficult. Additionally, for chemically related species, UV tracking requires separate injections using pure standards, which decreases efficiency of a laboratory’s workflow. One way to address this issue is to combine mass spectrometry with photodiode array (ACQUITY UPLC PDA Detector) detection in the method development process and to use the information obtained from these two detectors to track peaks across different chromatograms.

Recently, S-Matrix, a manufacturer of Quality by Design Software, has developed a new technology (PeakTracker™) that integrates the ACQUITY UPLC PDA Detector and MS data for peak tracking in the method development process. The integrated information helps to ensure that all components are recognized and tracked. This new technology automatically identifies each peak across the different chromatograms using ACQUITY UPLC PDA Detector and mass spectral data when the LC system is configured with the ACQUITY QDa Mass Detector. This technology can be used for all Fusion QbD method development experiments that are performed on Waters instruments and controlled by the Empower Chromatography Data System (CDS). This application note demonstrates the use of this technology as a tool for tracking peaks in the method development process. In particular, we show how it is used to aid development of a robust method for the analysis of formoterol, budesonide, and related compounds.

This application note will only focus on the use and the features of this technology and not on the method development process itself as this has recently been described in detail in a separate application note.1

Budesonide and formoterol fumarate reference standards were both purchased from USP (Rockville, USA). Budesonide related compounds G, E, and L were also all purchased from USP (Rockville, USA). Stock solutions of these compounds were prepared by accurately weighing the desired amounts of each standard and dissolving them in acetonitrile as a solvent. The stock solutions were then used to make a test mixture that contains all the previously mentioned APIs and impurities. This mixture was prepared by diluting the stock solutions of each one of the standards in 70/30 (v/v) water/acetonitrile as sample solvent. The final concentrations of each analyte in the test mixture were approximately: 0.4 mg mL-1 budesonide, 0.15 mg mL-1 formoterol, 0.005 mg mL-1 related compounds, E and L, and 0.01 mg mL-1 related compound G.

In a companion application note,1 the development of a method for the analysis of budesonide, formoterol, and related compounds using the Analytical Quality by Design (AQbD) principles was described in detail. This method development process involved multiple stages of screening, optimization, and characterizing a final design space. The PeakTracker technology was used in the optimization stage to help create a robust design space. The optimization was performed by screening the effect of the temperature, gradient slopes, gradient times, and flow rates on the chromatographic performance. The experimental design for the optimization was created using the Fusion QbD Software. This design was next exported to Empower CDS creating all the methods and method sets that are needed for these runs. After running the experiments and processing the data in Empower CDS they were next imported into Fusion QbD. The PeakTracker technology was then used to track peaks and build and combine mathematical models to predict the “Best Overall Answer (BOA)” and the “Acceptable Performance Region (APR)”. Some of the very useful features of PeakTracker are summarized here.

When two peaks coelute, one component of the coeluting peaks will be “hidden” in the chromatogram and some chromatographic data such as Retention Time and Resolution will be missing for this peak if only UV information are used for tracking. However, since the PeakTracker utilizes both the ACQUITY UPLC PDA Detector and ACQUITY QDa MS spectral data to track peaks, it can automatically locate “hidden” peaks and fill in missing chromatographic data for such peaks. This can dramatically improve the quality and the accuracy of prediction models. For example, as can be seen in (Figure 1) peaks B and C are fully unresolved and with the use of the PeakTracker technology these two peaks were deconvoluted and their missing retention time and resolution data were filled and used for modeling the design space.

Figure 1. An image from the Fusion QbD Software where the PeakTracker technology was used to create a tracking method for all the peaks of interest across the different chromatograms. Peaks B and C are completely coeluting (top chromatogram) and the was able to deconvolute them and assign them retention time data (table).

A very important feature that PeakTracker offers is the ability to automatically track peaks across the different chromatograms despite any changes in their retention time or elution order. Once tracking is complete, compound names are automatically mapped to all UV results data processed by Empower CDS for the identified peaks in the experiment chromatograms. This automated peak tracking greatly simplifies the integration of the ACQUITY QDa MS data into the method development workflow. It should be noted here that when some peaks have very similar ACQUITY UPLC PDA Detector and MS spectral data (e.g. isomers and epimers), some of the peaks could be incorrectly assigned. Therefore, the software allows the user to manually edit these components before the tracking is complete as can be seen in Figure 2. Another useful feature the PeakTracker has is the graphical and numerical display of the MS and ACQUITY UPLC PDA Detector spectral data for each  peak along with facilitation tools for manual customization to tracking results.

Figure 2. A screen image from PeakTracker where the user can manually edit the peak assignments as needed before the peak tracking is complete.

After peak tracking is complete the data is now ready to be analyzed to provide the analyst with a final design space where all performance goals are expected to be met. The new Fusion QbD Software (9.9) now made it much easier and much more accurate to create a design space for the best method that satisfies all performance goals. In this new software, Fusion QbD automatically imports from Empower CDS all necessary method development responses such as, retention time, USP tailing, height, area, width at 50% height, width at tangent USP resolution, and signal/noise ratio for all peaks in each imported chromatogram. This makes setting performance goals for any peak in the chromatogram very achievable in a simple manner. Further, the new software provides accurate predictions for the resolutions of all identified peaks under any given set of experimental conditions using standard USP or EP resolution equations. For example, in this case our goal was to create a design space where all peaks have a minimum USP resolution of 1.5 and the formoterol peak to have a tailing factor of less than 1.25. As can be seen in Figure 3 Fusion QbD displays the predicted resolution results for all identified peaks in multiple graphics formats.

An additional feature the new software provides is the ability to dynamically set a minimum Rs requirement threshold, and Fusion QbD will update the Rs-Map data to visually display the peaks which do – and do not – meet the specified performance requirement (Figure 4).

Figure 4. A screen image from Fusion QbD for predicting data and chromatogram visualization. A: Experimental conditions where coelution is predicted and B: experimental conditions where a robust separation is predicted. Chromatograms in A and B correspond to the methods at the crosshair pointer location on the corresponding graphs. The inset region in the each chromatogram shows an expanded response range for the cluster of peaks B, C, D1, D2, E1, and E2.

Baseline resolutions for budesonide and its related compounds were achieved for the first time using a Quality by Design approach on an ACQUITY UPLC H-Class PLUS System running Empower 3 CDS and Fusion QbD Software. This application note clearly demonstrates: 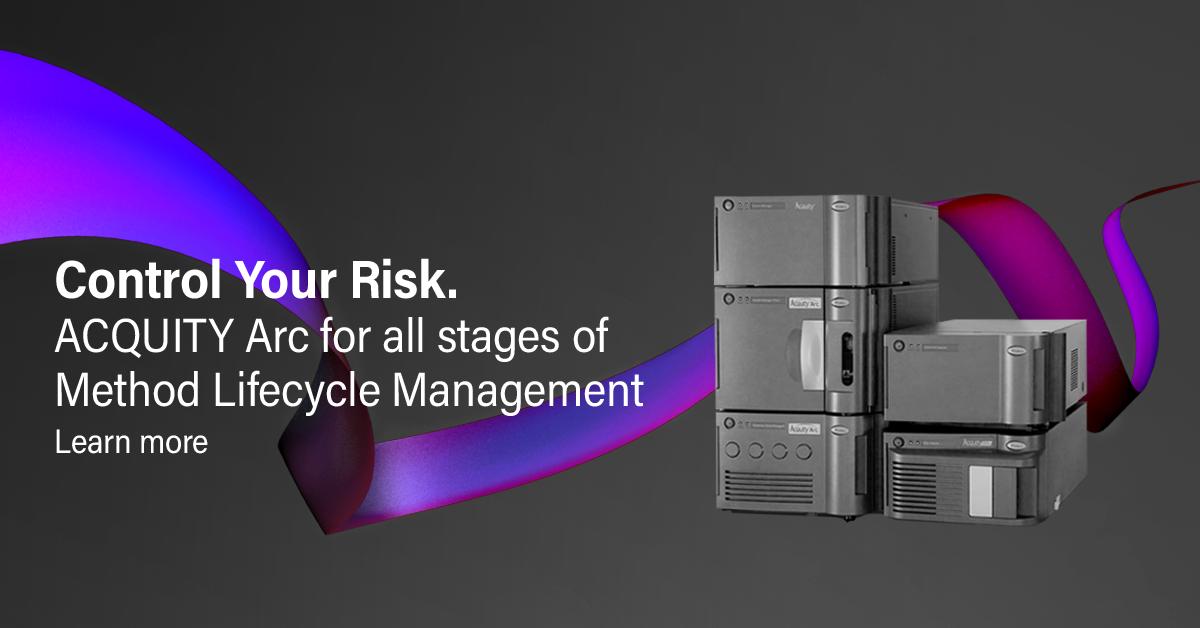 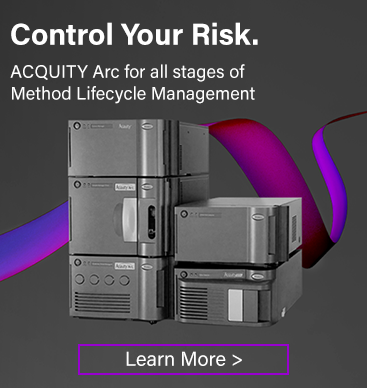 Stay current with the latest updates!
Keep me posted!